Home / Articles / In The Mix: What Makes Up A Restaurant Kitchen?

​In The Mix: What Makes Up A Restaurant Kitchen? 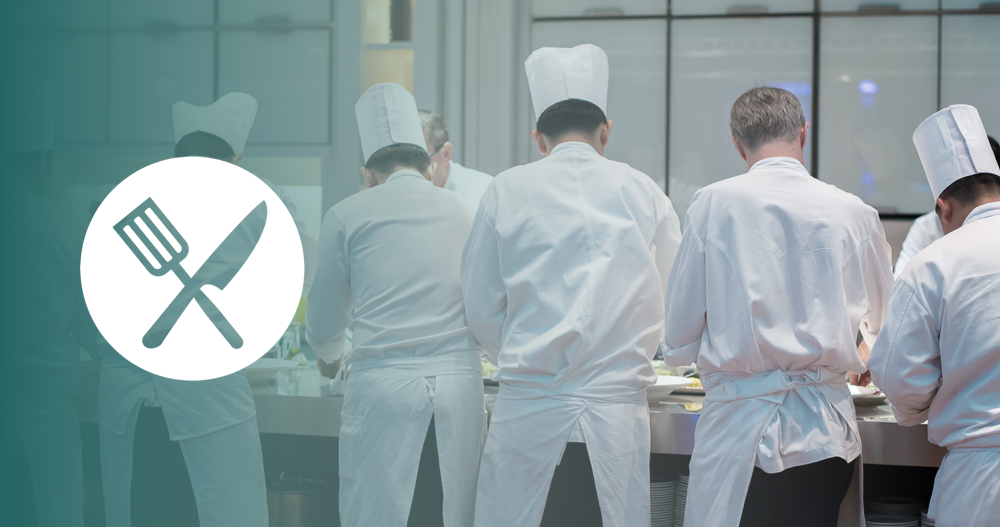 Behind the swinging door to the kitchen of your favorite restaurant, there may be one cook running the show or several working together. In addition to the chef(s), there are other positions in the kitchen making sure your food is hot, your plates are clean, and the garnish sits perfectly on top of your entree. Here is a breakdown of the various culinary jobs found in one restaurant and the different positions that support them.

The executive chef is also known as the head chef of the kitchen. This position is among the most sought after for culinary jobs. Executive chefs are in charge of creating specials, ordering the supplies, and working with the general manager of the kitchen to make sure things don’t go up in flames. You will likely be doing the scheduling, hiring, and the firing of the kitchen staff. Typically, you need years of cooking and restaurant management experience to fill this position.

The sous chef is the executive chef’s assistant and second in command. You pick up the slack when the executive chef is off, directing and managing the cooks and other workers. You may fill in on the line or work a particular station on busy nights. In a larger restaurant, you may be in charge of food production for one kitchen. In a smaller establishment, you will be making sure all workers are performing their duties to the quality prescribed by the executive chef.

The expeditor is in charge of organizing orders by the table and garnishing the dishes before they leave for the dining room. Most importantly, you are in charge of making sure servers can deliver meal orders in a timely manner. The expeditor should be familiar with the menu, and know what dishes should look like before being served to guests.

The line cook is one of the most popular culinary jobs and the most common title in the kitchen. Depending on how the kitchen is set up, and what the menu consists of, there may be anywhere from one to ten or more line cooks. You are in charge of a particular station in the kitchen and have one of the following titles: saute chef, grill cook, fry cook, dessert chef, pastry chef, and salad chef.

The caller is another non-cooking position in the kitchen. The caller calls in incoming orders to the kitchen so that the staff knows what they will be working on. A caller should be quick witted, organized, and know exactly how long menu items take to cook in order for a table’s meals to appear at the same time. In some cases, the executive chef also acts as a caller.

The prep cook is in charge of the daily grunt work, touching every part of the menu and kitchen, preparing it for the shift to come. There are many meals that must be prepared in the morning so that flavors have melded and sauces have simmered by lunch or dinner. If the meal isn’t prepared correctly in the prep stage, there isn’t much that can be done to fix it. In other cases, you begin the process, leaving it up to the line cook to finish it.

Most people don’t think of dishwashers when they think of culinary jobs. While dishwashing is physical labor and a non-cooking position, many agree you are the most important person in the kitchen. The greatest food in the world cannot be enjoyed without a clean plate to eat it on, or a spotless fork to eat it with. Many individuals begin as a dishwasher and work their way up in the kitchen.

The kitchen manager supervises and coordinates all activities that concern back-of-the-house operations, including food preparation, kitchen, and storeroom areas, as well as the employees that work there. You may work alongside the executive chef when it comes to purchasing food items and equipment as well as menu planning. You may also meet with clients to plan special menus.

Start Your Training, Earn Your Way Up

There are many different culinary jobs available to those interested in a cooking career. And with some hard work, even dishwashers can become executive chefs!

Previously... ​Becoming A Pastry Chef—Classes And Training Up Next... ​How To Sizzle As A Sous Chef, Plus Job Description